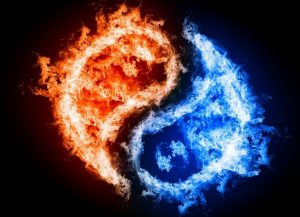 Hoping all are enjoying the beautiful Perseid Meteors! Making many wishes on shooting stars!

This week the Element of Fire seems to be prevalent, internally and externally showing up for many. More and more of our wild places, vital ecosystems and vast tracts of land are burning at an alarming rate. Often with little response to exterminate them or worse still being purposely caused for monetary gain. Although fires are and always have been part of the earth’s cycles and processes of destruction and rejuvenation, the contributing factors by our current lifestyles and sociopolitical policies have exacerbated the quantity and extent of recent wildfires around the globe.

Most notably Brazil where it is estimated that “Amazon fires may be worse in 2020 as deforestation and land grabbing spikes. Nearly 800 square kilometers of forest were cut down during the first three months of this year — 51% more than during the same period in 2019.” May 18, 2020 Mongabay.com (great website for rainforest info). Unbelievably, more than 200,000 acres of rainforest are burned every day. That is more than 150 acres lost every minute of every day, and 78 million acres lost every year! If the loss reaches 25%, it will not recover and become a savannah with devastating effects to the entire climate balance of the world.

Again this year we have Siberia with millions of hectares burning much of which is peat soil which has held carbon for 15,000 years or more. Their hot summer — punctuated by a record-breaking heatwave in June — can “thaw and dry frozen peatlands, making them highly flammable. Peat fires can burn longer than forest fires and release vast amounts of carbon into the atmosphere,” writes Kasha Patel with NASA’s Earth Observatory Program.

And right here in the USA we have large wildfires in Arizona and California. The one in the Northeast of Arizona is in the Navajo Nation threatening a population already devastated by Covid-19. With a second in the southern part of Arizona and others in California, arising from or increasing due to the excessive heat and drought conditions. “Wildland firefighters continue to fight fires throughout the West as temperatures rise in the Southwest, Great Basin, California and Pacific Northwest. Four new large fires were reported and six were contained, increasing the number of large fires to 45 nationally.” And to date in 2020 (1/1/20 – 8/15/20) Fires: 35,671 Acres: 2,371,489 reports the Fed. Gov’t National Interagency Fire Center

The Fires are internal as well with intense emotional eruptions not simply from the current economic and health situation but the centuries of injustice, unfairness, and powerlessness of many groups being oppressed and controlled by another group or individuals. With so many protests arising around the world to the old ways of Piscean age, we are being aided by Beings and Energetics specialized for such an evolutionary process.

Listen to this week’s Vlog on Facebook https://www.facebook.com/171134726292214/videos/727508631431832/  or on the You Tube channel “AHealersUniverse” https://studio.youtube.com/video/P7V5I0nWPV0/edit/basic for the responding, contributing, cooperating Energetics and Beings available right now in the Healing Practice which begins at approx. 30min mark. And please keep transforming that Inner Fire into Passion and Power!

Fri. Aug 21st “Sounding Your Note” a virtual sound event activating your personal Soul Song Instrument, Voice through rhythm and cadence sourcing from your Core. Your Note is vital to the Earth Symphony and the blending of your with others’ allows for a new melody tapping into and