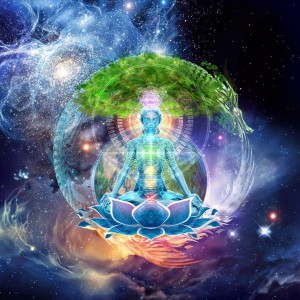 Such an awesome and awe inspiring time we live in!

While the current shifts and energetics are causing many to be uncomfortable in their bodies, and/or lives, it is also a time when the most amazing and powerful shifts, openings and completions can occur. Interestingly it necessitates a deeper level of sensitivity or perhaps better said ‘sensating’ of both our outer and inner world.

Unfortunately this may cause us to feel that which our defense system has long and hard attempted to protect us from re-feeling. Those experiences which were impossible to tolerate in our young and powerless bodies and psyches. Yet it is those same wounds that can lead us to and through a trail of transmutation such that that lowest frequency experience enables us to then vibrate and transmit the highest spiritual frequency of that issue through and as us in our daily life. No longer holding, being a victim of nor suffering from that once intolerable experience that wounded us.

At this time many are recognizing and focusing on the wounding and suffering of a man who seemed to have transmuted or transcended the human experience of suffering into its highest state and transmitting from and through a space/time outside of our 3rd dimension powerfully enough to be seen and heard. Many colleagues, friends and clients have certainly related experiences of truly sensating beyond this plane, yet may not have evidence or words to even describe it. Much like Jody Foster’s character in “Contact”, it is as real as those here in what we refer to as reality.

Earlier today I was blessed to work with a colleague and dear friend through the modern technology of Skype and transmitting towers, (she is in Georgia) to walk the Labyrinth in my backyard while reading a slightly reworded version of Rev. Jill’s ‘Stations of the Cross‘. As we worked and allowed the energetics to lead we pieced together the information while holding the particular energies and forms both familiar and new. We accessed the ancient technology of the Labyrinth, which dates back at east 6,000 years, connected deeply to a variety of earth energetics, Nature and Sacred Trees while sitting in the Dark Universe (Dark matter and dark energy account for 95% of the universe’s total energy and mass) which is a place of deep creation energies.

We each had cited a personal piece we desired to be worked with, transformed or transmuted and as we continued our process it became evident that there was an offering up of human suffering in general, that of the children of the world, that which we perpetuate upon one another and that which has been part and parcel of this version of the dualistic earth experience. We found that the Deep Dream Masters, a particular “Tone of Liberation” called the “Tone of Silence” as brought forth through the work of Dr. Patricia Fields, Psy,D, and the sixth Stage of Evolution were combining and blending to assist in creating a New Way of Being for this project Earth and Humanity.

An extremely potent. humbling and awe inspiring experience to say the least! We are so clearly and beautifully assisted, guided and communicated with throughout every moment of every day should we but tune in to our inner and outer world. These natural intuitive abilities are within each of us should we but clear the space within and remove the impediments to our receptivity by transforming and transmuting that which we perceive ourselves to be into that which we truly are–multidimensional, magnificent Beings who can Connect, Communicate, Cooperate, Collaborate and Commune with all around us in the outer Universe and all within us in our Inner Universe for the Benefit and Evolution of All!
Happy Whole-y week and Year!