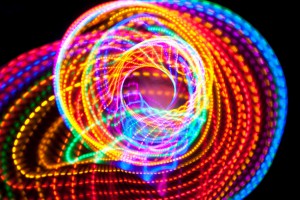 Happy summer! Hope you are enjoying, exploring and relaxing to your hearts content!

As many of you know I traveled to the Southwest last month gathering with my international community of colleagues and intrepid souls who in conjunction with our Teacher for 15yrs have been working with the sophisticated and complex energetics of individual, planetary, galactic and universal evolution.

In the days we spent traveling to many sacred sites and key energetic locations we affected many practices that allowed for profound initiations and the development of structures and models of evolution called in for and on behalf of humanity and the many Beings in on this project called Earth.

In cooperation with the Elders we utilized the Tone of Liberation to crossover many souls and Land that had become devitalized for various reasons. The Tone of Liberation is an energetic that came in initially for the purpose of crossing over lost souls, those trapped in lower dimensions or those who had crossed over into Land (such as the Earth based Lineages) that had since become affected by over work (mining, farming), pollution or neglect.

Over the past year the Tone of Liberation has evolved and adapted to dispel lower frequency aspects within the physical body and extends to other unresolved existences, lives still held within the individual’s energy field. “The Tone of Liberation, a tone so profound that it seems to shatter the lower, more impure vibrations and restore the primal purity of a direct connection back to Spirit” Dr. Patrice Fields, PsyD.

One of the energetic structures activated in our previous venture to the Southwest six years ago, the One Great Hoop which initially incorporated the many Native American tribes with other Indigenous tribes around the world, has since expanded and evolved its scope.

With the contribution of the amazing beings in our community in conjunction with many galactic and intergalactic masters situated in Johnson Canyon, Boynton Canyon and other sites, the One Great Hoop is open to, nay ‘calling to’. any and all who wish to benefit from this powerful avenue to multi level sovereignty of Being and liberty from 3rd dimensional duality and separation.
“The One Great Hoop, an energetic structure anchored into the Southwest, where all cultures, lands, spiritual lineages, time epochs, and galactic and universal energies can cross pollinate with purity allowing for sharing of energetic and spiritual resources it resounds freedom to many cultures, souls and lands.” Dr. Patrice Fields, Psy.D

Many of you may be experiencing a deep urge or compulsion to transform or transmute the very core of the lower chakra related issue(s) that repeatedly appear such as lack of money, unfulfilling relationships, not finding your true place or limited success in the expression of your essence.

For those who have done a great deal of personal work, you may be coming up against the inaccessible residue from uncompleted existences related to existential fears that still holds you back from taking flight toward your dreams.

The month of August I am offering 75min. sessions so that anyone who desires can receive the transmission of The Tone of Liberation and be rolled into the One Great Hoop aiding you on your personal journey of expansion and ascension to your ‘future self’.

I encourage you to take advantage of these amazing energetics now so that you will benefit even more as they adapt and evolve the personal to the global and beyond.