Hoping all are enjoying the full summer heat and FUN! 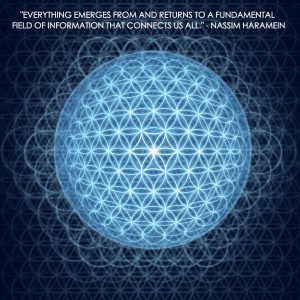 Such an exciting time with sooo many potentials for us as individuals and as a species! We are in the Great Shift and can co-create the future of the planet and its inhabitants in an utterly new way. We are at the cutting edge of an evolutionary leap that taps the ‘New Human–Being’! Varied disciplines of science are uncovering and discovering what ancient Mystics and many Indigenous people foresaw and prepared for millennia ago. The interplay between and among everything in our universe and that consciousness is what creates and determines our reality!

That may sound idyllic and dreamlike in the face of the current atrocities and the political, economic and societal upheaval and chaos. Yet chaos or the breaking down of old patterns personally and globally is part of the design of how evolution occurs! We have been taught to believe that the past determines our future and that human nature does not change. But multiple fields of science are proving otherwise.

For the past 300 yrs modern science has functioned from the assumption that our existence occurred through an infinitesimal chance of countless factors coming together ‘by accident’ and that the basis of our species according to Darwin is one of competition, conflict, scarcity –the survival of the fittest. Based upon this thinking, we feel and have been taught that we are powerless and helpless to do anything except defend ourselves from the onslaught or fight our way to the top ‘at the cost of’ others, the Land, animals etc.

What if this entire line of thought were erroneous?  What if the bias of science up until recently was to fit the findings within this belief rather than simply making discoveries and allowing the findings themselves to lead us? For some time now Quantum Physics, Genetics and Biology as well as Archeology and Geology are finding that what is being revealed no longer fits within that paradigm! That we are more, so much more than we have believed and with potential beyond our imagining. Where science fiction has become science fact. Where (as I have invited you to feel into) science and magic are one and the same!

Having attended several science conferences and lectures recently as well as a daily influx of updates from a wide variety of scientific resources, the evidence is being presented daily. Yet it rarely makes it into the mainstream, which obviously benefits ‘the old guard’ and the old ways. Several years ago Rupert Sheldrake spoke about a bias within scientific community and the consequent funding by governments and corporations of research to fit a given model and the small groups of decision makers who control what, how and under which parameters research was approved. Small groups who can and do shun, repudiate and dismiss any one or any theories or conclusions that fall outside of that paradigm.

However too many results from too many diverse disciplines privately funded or university based are confirming that the conclusions and theories of the past several hundred years upon which our economic, governmental and sociopolitical systems were founded do not align with present-day findings. We are not separate isolated organisms in a dog eat dog fight for survival where whoever has the most toys win! That is not the way Nature functions and it is not our True Nature as developing evolving humans.

For over 5,000 yrs the Indigenous around the world began with the assumption that all things are connected because they felt it and now physicists at CERN in Switzerland have confirmed ‘the field’ which is a game changer! Now exploring what that means to us is their next venture. But it is not something ‘out there’. WE ARE THE FIELD! Our consciousness is creating and giving feedback every nano second from our bodies our energy fields our minds and most powerfully our feelings.

In the Biology of Belief Bruce Lipton explains that we are not genetically determined, but that the many protein receptors of the cell can detect the environment and activate the ‘switch’ to cause a different response. In other words the receptors are controlled through perception of the environment and that ‘environment’-the human and its emotional state- determine the ultimate response of that receptor. His conclusion along with many other scientific studies that Biology is changed by Belief opens the doors to changing the way we think as a society and how what we have been taught can be reversed so that genes need not predetermine our health and wellbeing. The famous quote from Ernest Holmes and the Science of Mind “Change your Thinking, Change your Life” is being evidenced in this Field of Epigenetics.

We have changed our thinking/behavior as a society in many ways. Why not that ‘hate and divisiveness is illogical’ or ‘greed and the abuse of our resources is a dead end’ or ‘war is non productive’. Take a look at this commercial and notice your reaction to what once was a ‘given’ in our society and beliefs. https://www.youtube.com/watch?v=5yCaohaECgY  Many will laugh at its ridiculousness in the face of what we now know. Gregg Braden suggests that we be aware of the latest scientific discoveries “For when the facts are clear, the choices become obvious. The more choices we have the better”. Just as in the case with the above commercial before we knew of the dangerous effects!

But it is really our feelings and core beliefs that must change. Science has always focused on the brain as the source, and of course those coming from a spiritual perspective may say that it is the heart. As recently as 2004 specialized neurons called Mirror Neurons have been identified which react when we are doing something such as smiling or picking up a pen, but that also react when we see another do the same thing. In other words, they “collapse the distinction between seeing and doing”. This affirms that what you do and what you say is definitely recorded in the system of those around you and when we include the intricate interrelatedness of the Field in which we exist, this constant output and feedback creates our reality. https://www.scientificamerican.com/article/the-mirror-neuron-revolut/

Never more so than when we are children and we hear, see and sense beyond the five physical senses, what those around and nearest to us believe, espouse and act or fail to act according to their beliefs and upbringing. We are not born with hate, divisiveness, rage and prejudice. We are taught these things based on age old cultural, tribal rivalries and the fear of that which is different or outside of our realm of experience. https://www.youtube.com/watch?v=VPf6ITsjsgk (90 sec)

Our heart feels sympathy and compassion for those who are the ‘victims’ of violence and disaster, but it also activates our own experience of pain from the first patterning in childhood and our own helplessness and hopelessness at having no control over what is occurring and the fact that we are trapped in the situation. Many are feeling this today as we seemingly have no control over the atrocious act of a gunman or the many ways our health and environment are ‘being attacked’.  But as science continues to reveal facts about our own bodies, minds, emotions and the Field which connects all we have the opportunity to Rewrite, Reform and Redesign the basic blueprint of our individual life and thereby our collective lives! http://healersuniverse.com/discovery-process/

In the upcoming classes I am offering beginning in Sept. and Oct. the emphasis will be on just that! We cannot make others change, we can no longer hope and expect others to make it right for us and be angry, hurt and sad when it doesn’t happen. We are no longer a species in childhood. We are at a juncture where we have the opportunity to individuate from our own family patterns and from our collective stories of what we can and cannot do, have and Be! We can gather together in all our variety, diversity and ranges and combine our knowledge, talents and abilities from this life and learn to open inner portals and vortices to access the knowledge talents and abilities from other existences in a synchronous, synergistic symphony of co-creation of a world that more closely reflects our true nature and the potentials that lie within us as individuals and as a species.

“Earth Stewards” will focus on learning to work collaboratively on identifiable earth projects in cooperation with the Earth and colleagues. Discover your unique connections to specific aspects of earth and Nature; how to increase your ‘sensing’ and communication with Earth energies, Devas, Animals, Insects, Trees, Rocks, etc; how to strengthen and hone your connections for application in your daily life; how to transmit energetics in and through you for your benefit, those around you and the Earth.

“Practical Magic”: What the Ancients called Magic, we now call Science. We are moving into a time where there is no difference and when blended can be utilized to construct the world we desire personally and globally. In this class you will learn how to access your unique way of creating; learn how to connect and communicate more efficiently with your ‘Helpers’; learn how to incorporate cutting edge science discoveries into your life and projects; learn how to cooperate with Earth Law and in collaboration with Architectural Devas and the Hidden Folk to create the ‘soil-less garden’ of a project related to job, home, dreams!

“Healing for the Healer” learn through exercises and experientials how to hold your footing on the path of a ‘Sensitive’ in the wellness profession as the strong winds of “too muchness” blow around and seemingly through you. We will be working with various structures within the Energy Field to develop stability and balance and learn how to work with clients’ energy field for mutual benefit avoiding the drain or overpowering of energy patterns. We may work with case supervision in relation to the interacting Energy fields and how to modify, transform your field for optimal results in your specialty.

Each class will meet once a month for four months for 2 hour classes which will include a meditation practice infused with Energetics that you can use daily; experientials which will allow you to truly feel what you learn and practices and exercises for Homeplay!  Call for more info 856-904-5566